As promised, I went through my list of agents to document those from C3/DS which I find to be extremely useful. Everyone plays the games differently, so what seems useful to me might not be the most exciting to others. Still, I always enjoy learning what agents and additions players use: Hopefully these will help out others looking to get a bit more out of Creatures 3 and Docking Station! 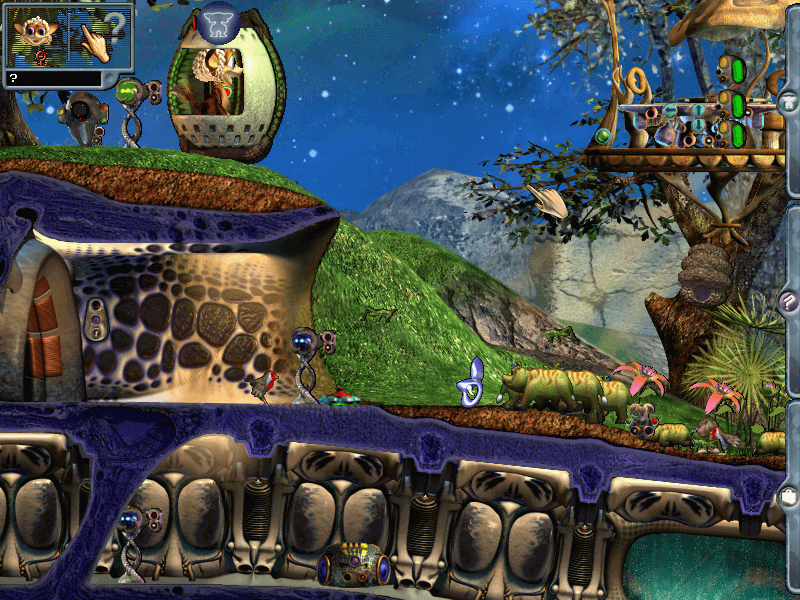 Creatures Remastered Patch from Don (C3/DS)
If there is one download that everyone with Creatures Exodus needs, it is this one! It allows all new downloads to install and work properly. An absolute must have: If a new install of Creatures Exodus seems to have some trouble with installing new files, this could easily be the solution.

C1toDS Metaroom from a Team of Many (C3/DS)
Need I mention how much I love Creatures 1 again? Ha ha! Having the ability to experience C1 in C3/DS is absolutely amazing. Not only has everything been ported over beautifully, but there are also some nice extras hidden throughout the metaroom! The only slightly obvious difference from the original Albia of Creatures 1 is the speed: C1toDS runs slightly faster, but only to a point that is marginally noticeable. Beautiful work! 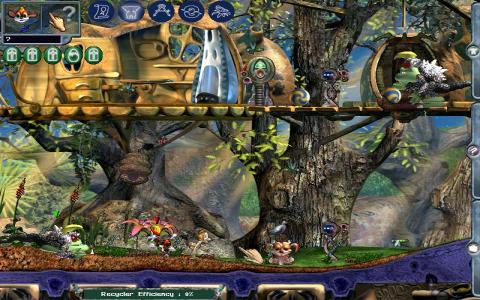 C2toDS Metaroom from Moe and Liam (C3/DS)
Despite its current development status, the latest release of C2toDS is quite stunning! All of the hard work thus far has paid off with an excellent recreation of Creatures 2 in Creatures 3 and Docking Station. As with C1toDS, there are also a couple of extra elements that make it wonderful to explore and enjoy. Hopefully we will hear more news about it soon!

Creatures Full of Edits from Vampess (C3/DS)
Arguably one of the best updates to the C3/DS creature genomes are the Creatures Full of Edits (CFE). There are many updates and changes, which can be read about more in detail on the site. After I found these updated genomes, I switched over completely to CFE Norns. Granted, non-CFE creatures are not necessarily the worst thing in the world. Still, it’s always nice to have an improvement!

If there is one download that everyone with Creatures Exodus needs, it is this one! It allows all new downloads to install and work properly. An absolute must have: If a new install of Creatures Exodus seems to have some trouble with installing new files, this could easily be the solution. C1toDS Metaroom from a Team of Many (C3/DS).

Creatures 3 and Docking Station Fixes from Vampess (C3/DS)
Nearly everything listed at Creatures Heaven is absolutely amazing! Again, .cos files play more of a hidden role than agent files, yet they often have an enormous impact. I utilize everything listed on this page, and recommend these downloads to everyone. The Woodland Fix Pack is probably the most useful, as it actually allows the plants and critters in the Norn terrarium thrive. Note that the cacbana.cos and balloon bug.cos files are updated in the next download I use. Clearly, anyone is welcome to use whatever! I just wanted to mention that these two overlap with one another.

No Seasonal Gender Bias from Amaikokonut (C3/DS)
Creatures 3 and Docking Station actually have seasons, even though it seems like nothing changes aboard the spaceship. The gender of a newborn Norn, Grendel, or Ettin is determined at the moment of birth, and is dependent on the seasons. Thanks to this updated .cos file, the seasonal gender bias can become a thing of the past. It is quite useful for evening out the male and female populations!

Creature Nametags from Amaikokonut (C3/DS)
Keeping track of Norns is difficult enough: It often requires tabbing through the population, and guessing at who is who. Amaikokonut created a genius addition with these nametags. The Creature’s name is placed underneath him or her in either blue or pink, and a second line is available to record any other information onscreen. I have found this immensely useful when trying to figure out which Norns are in an area. 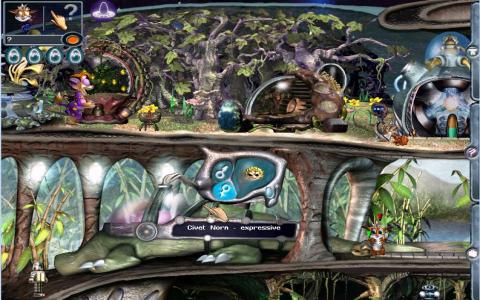 Magic Words Core and Modules from Amaikokonut (C3/DS)
They’re magic! The magic words core and various modules really can enhance the playability of Creatures 3 and Docking Station. Perhaps they do not appear to be anything amazing from a glance, but these have been absolutely amazing for me! Players are also able to use just one module, a combination, or all of them. Magic!

Additional Downloads from Amaikokonut (C3/DS)
Pretty much everything on this page can be seen as essential. Personally, I enjoy using the advanced Muco, Creature crossbreeding, elevines, and peaceful death. I also sometimes use the critical hit and interactive egg scripts. Those I have not listed have not been used simply because I’ve gotten used to my current setup: I’m sure the rest of the downloads are just as awesome!

Fungi Update from Pirate Rob (C3)
Simple .cos file updates might go overlooked, but this is one not to skip over. In most worlds, the fungi in the jungle terrarium quickly dies out when creatures begin to snack on the delicious food. Pirate Rob created an updated version of the fungi in Creatures 3 which spits out five seeds from each piece of fungi: Genius! Although some areas of fungi still can be eaten up by hungry Norns, Grendels, and Ettins, I have never completely run out of fungi. Just be sure to install this file in the Creatures 3 bootstrap folder: The fungi is not a Creatures Docking Station element.

Tuba Seeder from Moe (DS)
The tuba fruit is one of my favorite foods in Creatures Docking Station: It spreads like wildfire, and is packed with nutrition! With the tuba seeder, growing this food in virtually every environment is easily possible. And when those hungry creatures gobble up everything, as they often do, reseeding is simple!

Edible Snotrocks from Grendel Man (DS) Currently Unavailable
Besides Norns, snotrocks often devour every tuba fruit in sight. I often simply remove the snotrocks from my worlds with a CAOS command, but making them edible allows them to be part of the food chain. They might not look that appetizing, but they must make an interesting meal!

Door and Button/Lift Hiders from Hausmouse (C3/DS)
For quite some time, I tried to find a solution for keeping my Norns in certain areas. I experimented with a couple of different force field agents, and although they each had their advantages, nothing really met my needs until I found the door and button/lift hiders. These are invisible to creatures, and also make either a door, button, or lift invisible to creatures. Although I have not used this agent extensively, it has worked wonders!

New Signpost System from Bobingabout (C3/DS)
The favorite places system in C3/DS is quite useful, yet it can be very cumbersome when there are many different metarooms. The new signpost system from Bobingabout is simply awesome: The icons can be stacked! No more having to worry about navigating from smaller metarooms!

Miscellaneous Downloads (C3/DS)
There are many different downloads on this page. In particular, I recommend the Grazer Sound Fix and Heat in Water Transfer. I suspect that everything else is quite useful: I guess it boils down to getting around to trying them out! Thanks to Grendel Man for pointing out an updated version of the New Swimming Agent.

Creatures History Update from Zzzzoot (C3/DS)
Perhaps one of the most maddening aspects of Creatures 3 and Docking Station is the limited information in the Creatures history section. It often requires multiple clicks to know who the mother or father is, and tracing relatives is even more difficult than it should. With this download, a Creature’s history is so much easier to understand and navigate through!

Updated Creatures Menu Scripts from Apollo (DS)
This set of updated scripts is quite essential in keeping track of creatures in the pull out menu and figuring out if there are any pigment mutations. Not only do these scripts properly show a creature’s true coloring, but they also generate an image when exporting a creature, and show more information about imported creatures.

Portal Object Pack from Ghosthande (C3/DS)
I love using these agents, particularly the Blue Intelligence Core. It’s like a portable learning machine that creatures can never get enough of! This pack was made available during the CCSF 2011 last November, which just goes to show that awesome new agents are still being developed and released.

New Volcano Rocks from AquaShee (C3)
A minor fix? Perhaps. Yet this allows Norns, Grendels, and Ettins to play with the volcano rocks in the desert terrarium. Now the gnarlers have some competition for those delicious rocks!

There are other agents, particularly metarooms and object packs, that I occasionally use. However, this seemed like a pretty long list of the additions and updates I use in almost every single world! Feel free to share any thoughts about these agents and additions, or make a suggestion or two. Thanks!