Well I was shuffling files back and forth into Shoebill, and with the advent of Ethernet support, I decided I wanted to build an AppleTalk network. This endeavor seems to have taken a life of it’s own.

So, the first thing I did was tear into minivmac, as I figured it would be the easiest to modify, as ‘mini’ is in it’s name. But it’s more geared to LocalTalk. From it’s readme:

It does this by converting the LocalTalk packets between SDLC frames in the virtual machine to LocalTalk Over Ethernet (LTOE) packets. These LTOE packets will be sent out the host machines Ethernet interface and will reach any other machine on the LAN. LTOE packets are not routable and not recognized by EtherTalk devices.

Which is pretty creative, but I want to talk to A/UX, Windows NT and Cisco routers. So this isn’t going to work out for me.

The next other ‘big’ names in Macintosh emulation are Basilisk II and SheepShaver. Both of which are from Christian Bauer which is a sizable download (or so I thought) and has a very confusing release versions for Windows. So I went ahead and tried BasiliskII, which only does some native networking via a TUN/TAP & bridge solution (which is really popular solution for plenty of UNIX based stuff), which personally I don’t really care for. The Windows version does support SLiRP, but for some strange and annoying reason it always crashes when I try to download anything big. As a matter of fact, the Windows version crashes, a lot!

While digging around for various builds of Basilisk II, I found the defunct sourceforge page, which is thankfully still up. And there I found the 0.8 and 0.9 release source code, which weighs in at a tiny 350kb in size. This is something I could probably dive into. So I went ahead and tried to build it on a Debian 7 x86 VM. And much to my surprise, after altering configure to accept GCC 4.7, and forcing it to turn X11 on (I don’t know why it kept failing to detect it), I was able to build a binary in no time. Even better, it worked! 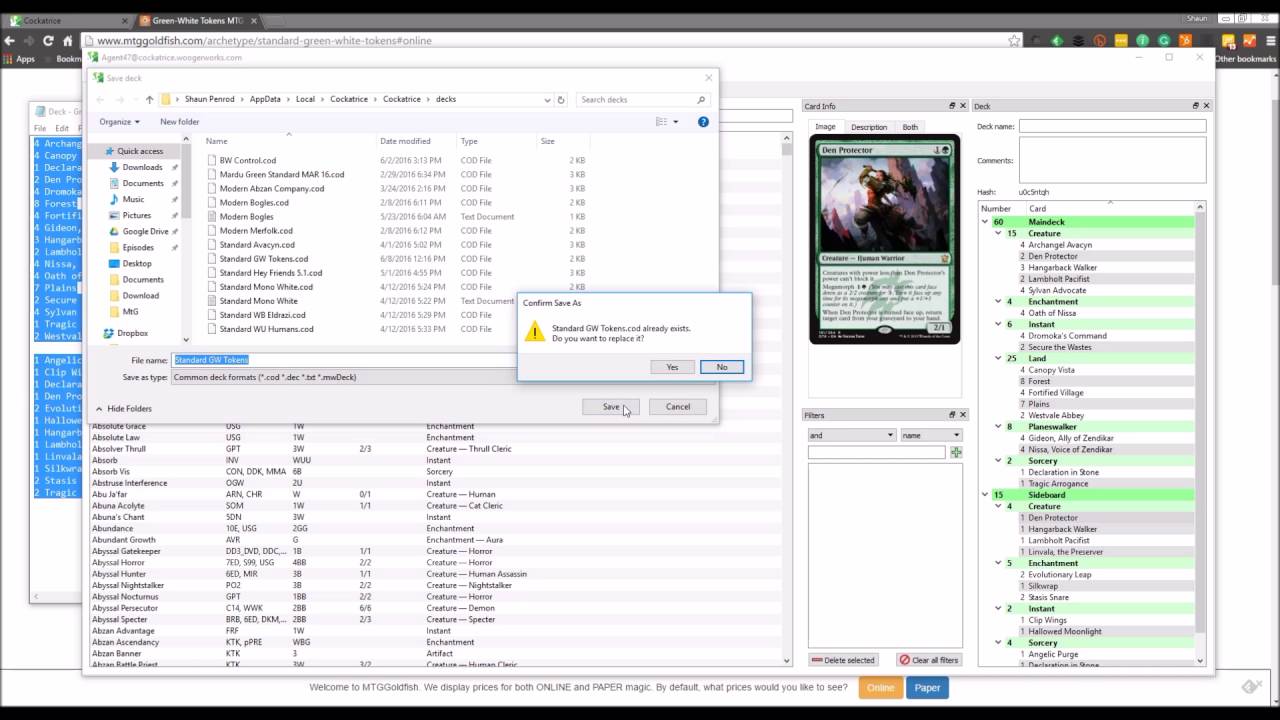 So the first few goals were simple, I wanted to take 0.8 and remove it’s dependency on X11,and make it use SDL 1.2. Why not SDL 2.0? Well 2.0 is more about 3d space, and even to render a flat framebuffer it uses streaming textures. Which is too heavy for me, so I’m sticking with 1.2. I took a bunch of code from SDLQuake, and after a while of bashing it around, I was able to open a window, and capture some ouput from the framebuffer. With even more bashing around I got it to work correctly. I did make some small tweaks though, it only supports 8bit depth. But I’m interested in networking, so 256 colours is fine by me. Now that i could see what I was doing, I was able to then re-compile on OS X, and I was greeted with the Mac Boot screen. The harder part was Windows, as the system code written by Lauri Pesonen who did an excellent job of porting BasiliskII to Windows, but to say their code took 100% advantage of the Win32 API would be an understatement.. And I wanted something more pure to being SDL so I really couldn’t use much of that code. And what code I could find it was for far later versions. However with enough pushing I did finally get BasiliskII to boot up on Windows. I was once more again bitten by the fact that open on Windows defaults to being in ASCII mode.

The next thing to add was SDL input for the keyboard and mouse. And at this point googling around for an example of an input loop for SDL that is appropriate for an emulator I stumbled uppon the fact that there already was a SDL support built into the more current version of Basilisk II. But for some strange reason I kept going ahead, and incorporated some of the code into my 0.8 branch. And then I could finally send some keystrokes, move the mouse, and click on things! Things were looking up!

While looking at the SDL code, I did see they also have audio support, so I went ahead and borrowed the skeleton framework from there, although the initialization didn’t work at all as BasiliskII had drifted in how it hooked into the native sound support. So I once more again turned to SDLQuake, and I was able to initialize sound, and Even get QuickTime to play the old Quadra quicktime video, which was the first QuickTime thing I’d ever seen, back when they were still making Quadras.

So now with video and sound in place, it was finally time to tackle the networking. At first this seemed quite easy to do, and using SIMH for inspiration I was able to quickly replace the tun/tap code with some pcap code to open the interface, send packets, and receive packets. One more again I started on Linux, made it build on OS X, although my MacBook air doesn’t have anything I can really inject packets into so I don’t know if it actually works. The bigger test for me was on Windows with a GNS3 network, and with a few more minor changes I was happily sending AppleTalk to both Shoebill and Windows NT.

The next thing I wanted to tackle was SLiRP support. Ironically to bring SLiRP to Shoebill I used the SLiRP from the github of Basilisk II. At this point I figured this would be very simple, and I could wrap up later that day. It ended up taking me three days. Once more again my build would crash all the time, just like the later Basilisk II builds. Using Internet Explorer 4.0.1 would seemingly crash the whole system within seconds with faults in SLiRP’s slirp_select_fill, and slirp_select_poll functions. Now if you don’t call these functions SLiRP doesn’t process it’s TCP state and you end up with barely functioning UDP to only SLiRP which isn’t great beyond DHCP and DNS. First I tried semaphores which only made things worse as the nature of Basilisk II’s threaded nature just made the requests stack up deadlocking within seconds. I tried a mutex, timed mutexes and various other locking methods insdide of SLiRP and Basilisk II to no end. Netscape would kind of work, but IE would crash the whole thing out after a few pages. Then a better solution hit me as I was playing with the system clock on the Windows build. There is a 60Hz timer that calls a 1Hz timer once every 60 ticks. What if I had the clock drive SLiRP? And to my amazement not only did that work, but it worked great until I hit another problem that I had with Shoebill (that needs to be fixed now that I found away around it here). There is a static buffer that passes data between SLiRP’s callback when it is going to send a packet to BasiliskII and when Basilisk II then feeds the packet to MacOS. With enough traffic it will overwrite part of itself as they are on two different threads. Once more again I tried semaphores, which of course is the wrong tool here as if something is stacking waiting for it to unstack is just crazy, and more mutexes. The mutexes kind of worked but performance was horrible, as in 1992 dialup speed horrible. And I didn’t want to simulate a 1992 internet experience 100%

So the obvious solution as a queue. I took a simple queue implementation, added the ability to peek, changed it to accept a packet structure and I was set. Now I only needed a mutex when I queued items, and dequeued them. But I could hold 100 packets easily.

So with all that in place I can finally download files greater than 10MB, and even with Internet Explorer!

So the next was to make Pcap dynamically loaded, which for C++ is a bit of fun with __cdecl, GetProcAddress and all that fun. But I had it working after a bit so now if the user doesn’t have WinPcap installed they don’t get an error message, and I don’t have to maintain two builds. Nobody likes doing that kind of stuff. Ever.

There is still plenty of things broken afterall I’m using an ancient version of Basilisk to base this off of. I’ve also removed a bunch of features as I wanted to make this more of a ‘core’ product with again a focus on networking.

Will this interest the majority of people? Probably not. But for anyone who wants to actually download a file this may be somewhat useful.

Where to go from here?

Well there is still a lot of OS specific stuff in the code that I want to convert to SDL. I’d like to build from a 100% more generic code tree rather than having private files here and there. The CPU optimization programs that re-read GCC’s assembly output don’t do anything. I want to try it through an older version of GCC and see if there is any difference in speed. I also recently received the source code to vc5opti.cpp and I’d like to try that to see if it speeds up the Windows Visual C++ based build. Long term I’d love to patch in the UAE CPU code from the newer versions that have a far more solid 68030/68881 and 68040 emulation. The price of standing on so many tall shoulders is that when I fall off I don’t know if the CPU exceptions I see are faults in the CPU emulation, Basilisk II or just plain crashes in MacOS which was certainly not the most stablest thing once you mixed in multimedia and networking. It was par with Windows 3.1, which honestly both of them were ‘saved’ with help from the older generation, ala BSD Unix for MacOS, and the VMS team for Windows.

So after all this I’m ready to release some binaries, and code. Although the last thing I wanted to do is add more confusion by calling this Basillisk II v0.8.SOMETHING … A quick google search on Basilisk gave me this:

As for some reason I actually never did look up what a Basilisk was. So seeing that this project is basically the same thing I chose Cockatrice.

There are plenty of bugs, and plenty of things not working, but it works well enough to do things, and that is a credit to everyone who worked on Basilisk II before me.